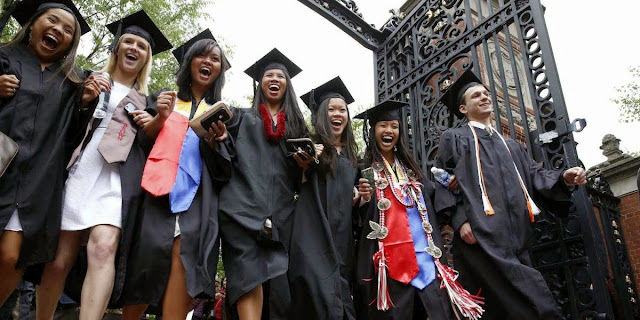 Georgia is a country in the Caucasus region of Eurasia. Located at the crossroads the of Western Asia and Eastern Europe, it is bounded to the west by the Black Sea, to the north by Russia, to the south by Turkey and Armania, and to the southeast by Azerbaijan. The capital and the largest city is Tbilisi. Georgia covers a territory of 69,700 square kilometres (26,911 sq mi), and its population is almost 5 million. The official language of Georgia is ‘Georgian’, however majority of the young generation speak English. Georgia is a unitary, semi-presidential  republic, with the government elected through a representative democracy.
Georgia is a member of the United Nations, TheCouncil of Europe, The GUAM Organization for Democracy and Economic Development, World Trade Organization, Organization of the Black Sea Economic Cooperation, Organization for Security and Cooperation in Europe (OSCE), The Community of Democratic Choice and The Asian Development Bank. The country aspires to join NATO and the European Union (EU). The process of becoming a member of the EU has just been signed on 27th July 2014.
Georgia is one of the most exciting and stimulating countries in the world. A mix of modern and traditional lifestyle. Georgia has a history of culture dated back to thousands of years. Georgia has her own official language called Georgian; however, many world’s major languages such as English, Russian, Azerbaijan etc are spoken here also. Every religious, cultural, social and political group is represented and the diversity of its people is one of Georgia’s major strengths.
Georgia also has a distinctive mission that continues the tradition of its well established universities which have well equipped facilities that are eminent abroad to achieve their full potential education for personal development.
ADVANTAGES OF STUDYING IN GEORGIA
·        No TOEFL/IELTS
·        No Bank Balance required
·        No Property Valuation
·        Visa 100% Guaranteed (No Embassy Interview for Visa).
·        Quality Education.
·        Globally Recognized Courses (EUROPEAN COUNCIL, UNESCO, WHO etc.)
·         Cost effective.
·         European Life Standard.
·         Worldwide Acceptance of Georgian Method of Teaching.
·         English Medium of Instruction.
·         Better Job Prospects.
·         Emphasis on Practical Aspects in Teaching.
·        Outstanding International Faculties.
·        Chances of Permanent Residence & Settlement in Europe after completion of study program.
Top Universities we have partnership with in Georgia(English Medium)
We have a strong partnership directly with the following top Universities in Georgia.
1. University of Georgia.
2. International Black Sea University.
3. Tbilisi State Medical University.
4. Tbilisi Medical Academy.
5. David Tvildiani Medical University.
6. New Vision University
7. Akaki Tsereteli State University.

1. UNIVERSITY OF GEORGIA
The University of Georgia remains one of the best institutions in Georgia and in the whole of Caucasus region. It is located in the heart of Tbilisi, the capital city of Georgia. It prides itself as having one of the best learning environments for both Georgian citizens and international students equally. The University of Georgia operates the same European standard of education and curriculum. No doubt it remains one of the best international friendly institutions in Georgia.
2. TBILISI STATE MEDICAL UNIVERSITY
Tbilisi State Medical University was solemnly opened on 8th of February, 1918. It is one of the best Medical Universities in Europe. Tbilisi State Medical University has a diverse profile of international activities in both research and education. The international relations at the University became more active since 1995, when the English medium division of the Faculty of Medicine was launched at the University. Currently the Medical University has a worldwide network of cultural and economic relations. The University has bilateral cooperation agreements with numerous partner institutions around the world.
3. DAVID TVILDIANI MEDICAL UNIVERSITY
David Tvildiani Medical University is today the best medical university in Georgia. Formerly known as AIETI Medical School, David Tvildiani Medical University was founded in 1992. The first non –governmental higher medical education institution in Georgia. DTMU is included in a number of many world medical bodies such as WHO AVICENNA Directory for medicine, it is a member of the Association for Medical Education in Europe (AMEE), Association of Medical Schools in Europe (AMSE) and Organization for PhD Education in Biomedicine and Health Sciences in the European System (ORPHEUS). One of the main objectives of DTMU is to train students for the United States Medical Licensing Examination (USMLE) and other board exams like PLAB, MCI etc. A large number of the graduates have already completed or are currently doing their residency or are working as physicians in prominent USA and European Universities and clinics. Others are working in research centers in USA, Germany, Britain, Sweden and in other countries around the world.
4. AKAKI TSERETELI STATE UNIVERSITY
Akaki Tsereteli State University is located in a city of ancient history and rich cultural traditions. Akaki Tsereteli State University has won an outstanding academic reputation for excellent educating and upbringing generations of Georgian people. Since its foundation, more than 17 thousand students have graduated from the University. Among them are the well-known statesmen, politicians, scientists, writers, the representatives of cultural and educational fields, sportsmen and others. Akaki Tsereteli State University is ranked 3rd best Medical University in Georgia. It is also ranked among the first class schools by the World Health Organization (W.H.O).
5. UNIVERSITY OF GEOMEDI
The University provides the students with the high quality education based on the theoretical knowledge and skills and ensures the graduates with competences necessary for their success in their future career. Lots of the former graduates have succeeded in their medical careers working at the best clinics in Georgia and abroad. Students who successfully graduated from the University will be provided the employment at the University Clinic and its departments. The educational programs and student assessment are based on the European Credit Transfer System (ECTS). This University is rated among the best Universities in Europe.
Programs in English Medium include:
·        Medicine
·      Pharmacy
·        Dentistry
·        Nursing
·        Engineering
·        International Relations
·        Business and Administration (BBA)
·        Computer Science/Engineering
School fee ranges from $2,700 per year depending on the program.
Higherway Educational Consultant has successfully taken over 50 students to study in Georgia within the past one year alone. We are in full partnership with these institutions. We have registered with the Georgian government and are eligible to bring in students for studies. We understand the processes from start to finish. So, let’s work your way to one of the Europe’s fastest growing countries.
Finally please note that there are no jobs for foreigners in Georgia and even in the entire Eastern Europe. Higherway Educational Consultant is in full partnership with Georgian-African Education Alliance so we are speaking out of experience and out of what we know.  Many other agents might not tell you this truth.
Higherway Educational Consultant is always there to serve you!